Alicante is well known city on the east coast of Spain. With very hot weather, almost all year the maximum temperature may rise as much as 40 degrees Celsius in summer, some times more. The amount of rain is very low and fertile soil is totally non-existent. Furthermore, like many Mediterranean cities, the building density and the thousands of cars running everywhere make it for the people a very hard and uncomfortable life. With all these premises, to begin the design of a new park, with over 80.000 square meters, was not only a really big chance, but also a big responsibility for us: in one hand no fertile soil, no water, no fresh air but contaminated and hot air, and in the other hand lot of people that are looking for a more comfortable way of life.

The site was a large space between two roads, with a transversal slope that ran from six to eleven meters. Before starting the project, the main premises we had strongly decided were:

The entire surface must be absolutely horizontal so people could use it and second, but no less important, to guarantee that absolutely all the rain water will stay in the soil for the plants and for a fresher environment.

This change from a sloped surface to a horizontal one must be done with a certain result of cero balance earthworks. That’s means that no one cubic meter of soil will leave and, of course, was come into the new park. To achieve this important premise, we worked with a 3D model till we had the exact position of all terraces, and each one at the right level.

Native plants: In this case, most of the native plants can’t help us for a better and more comfortable urban park. They have resolved how to grow without rainwater in very hot conditions just reducing their activity close to nothing, waiting for a wetter time. This is fine for evolution and survival, but bad for people that are looking for fresh air and better conditions in a very hot and high-density city. So we decided, at the one hand, to avoid every invasive plant, and those that require high amount of irrigation to grow well. However, on the other hand, we could use many plants from similar ecological conditions, which can help us, and the people, to have a better and more comfortable environment.

These plants are what we chose for the new park: Trees with a quick growth rate and a high transpiration and shadow level but with the capability of surviving without a large amount of irrigation.

Irrigation system: One of the most important improvements that can be achieved in dry and hot city is to build a web pipe system that takes advantage of the cleaned water after it passes through a waste water plant, and the Alicante Council is doing this. We were very lucky because one of the main pipes goes just along the north side road of the site. However after that, we might to be so careful about the plant selection. To have as much water for irrigation as you could spend doesn’t mean you can use any kind of trees.

The trees are the most important structure of a park that will be capable of surviving against any weather or facility problem, such irrigation system breaking down, drought months, and so on. Moreover, we can choose among hundreds of different trees, not only natives but as good for the ecological site as the natives. We accompanied them with thousands of shrubs, chosen in the same way. For the lawn we were careful as well. Lawn is important in hot cities for its psychological benefits, besides the improvement of air quality. It must be chosen always thinking about the environmental and ecological conditions. So we chose to make the lawn from the well-known grass Pennisetum clandestinum because of its low irrigation requirements. Of course it needs some amount of water irrigation, but it is water from a wastewater plant and is, probably, the best spend water of the city and the healthiest water because it cleans the air and, indeed, the citizen’s lungs.

If the irrigation system breaks down or the wastewater plant has any problem to provide water for a while, we don’t have to worry about the loss of the grass, because the main structure is the trees and in a few days we will have the grass green again.

All the walls to hold terraces are made with dry native stone. With them we avoided to use concrete, a more energy consumer material, and we remember the Mediterranean landscape, full of dry stone walls and terraces for agricultural purposes, in a dry and hot area, where any drop of rain water was a heaven blessing.

The footbridge: when a large park is divided in pieces by roads, the pedestrians are almost always waiting to cross from one garden to the other, while cars have the right of way. If you have a slope that can give you the opportunity to save three meters in high with neither ramps nor stairs, why not join the gardens over the traffic with a plain footbridge? So, we did and now, two gardens of about 25.000 square meters, become of 50.000. It may not seem very important, but it is for children and their parents, of course.

The sport area: the third big area has been devoted to sport facilities, including an eleven-a-side-football field, two paddle courts and a multiuse one for basket, hand ball, etc., and a pavilion with eight changing rooms, fully equipped.

The Money: all these things are been made just for less than sixty Euros by square meter. More or less a fifth of that spent on the coolest, fashionable and highly designed urban parks, and money is money, especially public money.

The social improvement: the third fundamental element about sustainability, after environment and economy is the improvement of social and human care, and this is very important in this project. The site were this project is located is troubled, controversial, dangerous and nasty, like every neighbourhood where politicians try to move outsiders. They build social dwellings as a social improvement and in the end there are no more than a new ghetto. The building of these new gardens is very important to improve the image of the neighbourhood because it’s well known how green parks improve the social life in these neighbourhoods.

The End. We are very proud about these gardens, and we appreciate and would like acknowledging the very nice conservation work that the city gardeners have been doing since the park was opened

Click on any image and so you will see them larger 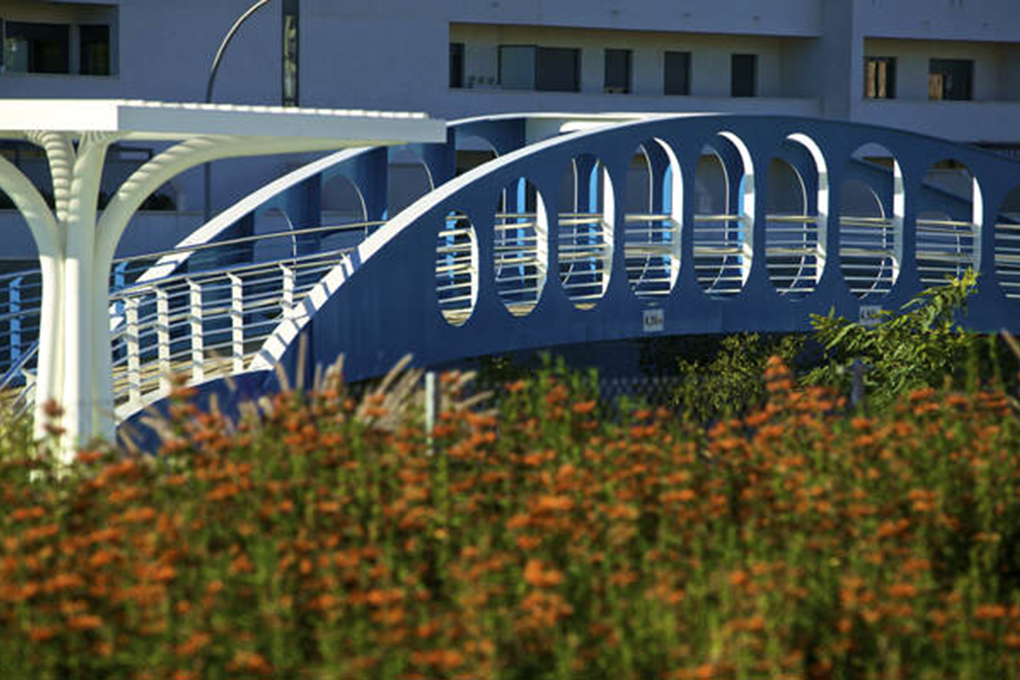 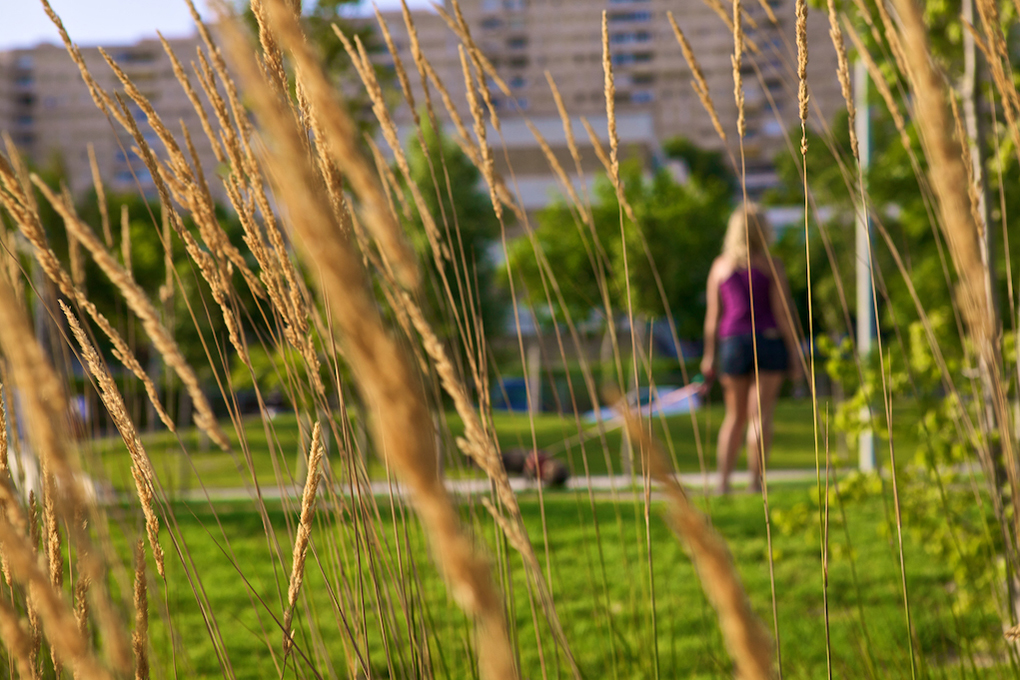 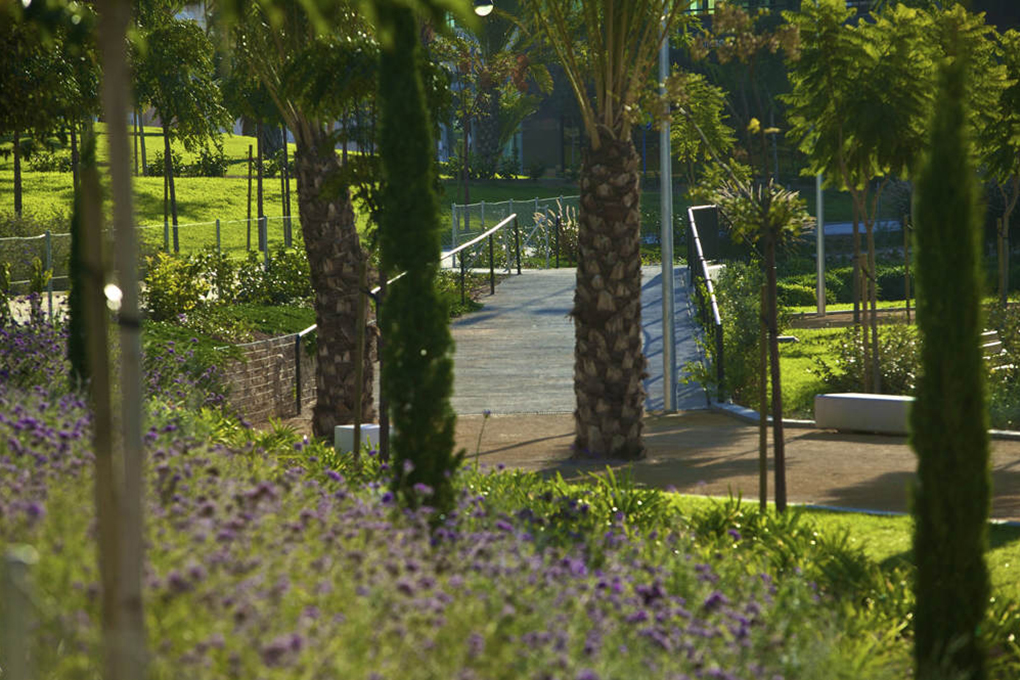 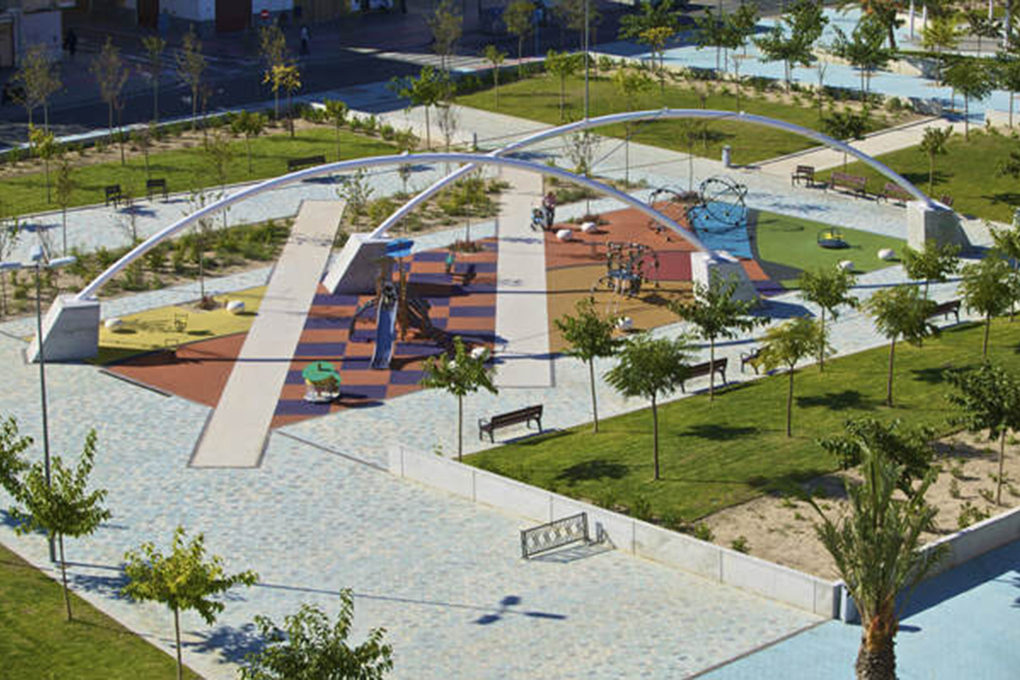 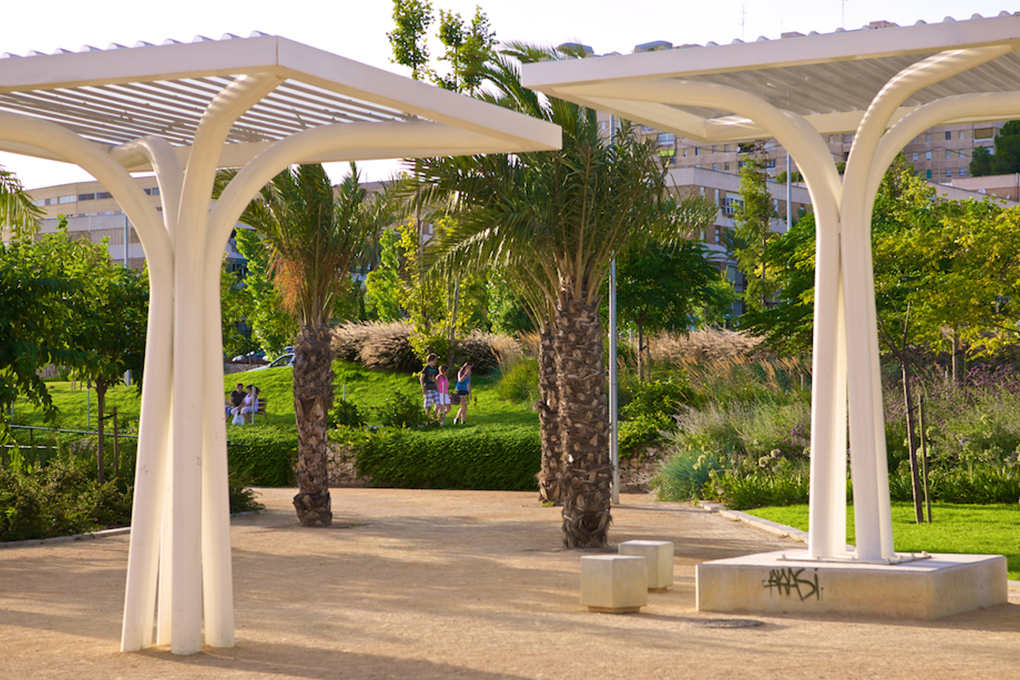 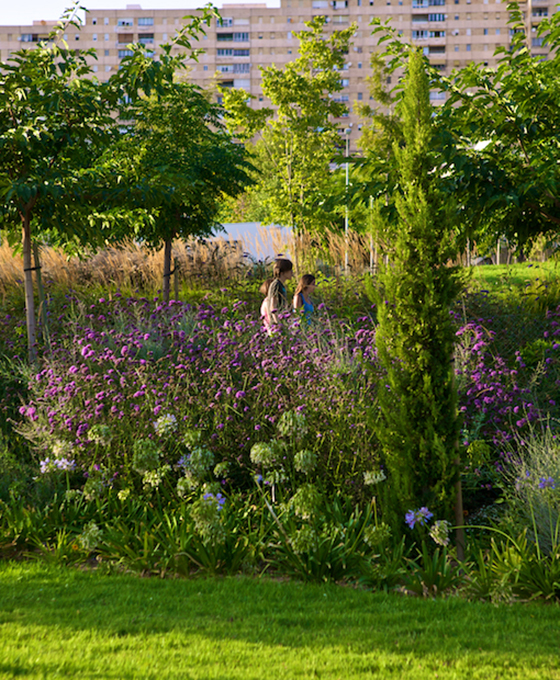